This week we tested out the knowledge that we had learnt so far about materials. We had attempted to make a boat last term but we had assumed that because cardboard could float it was waterproof. 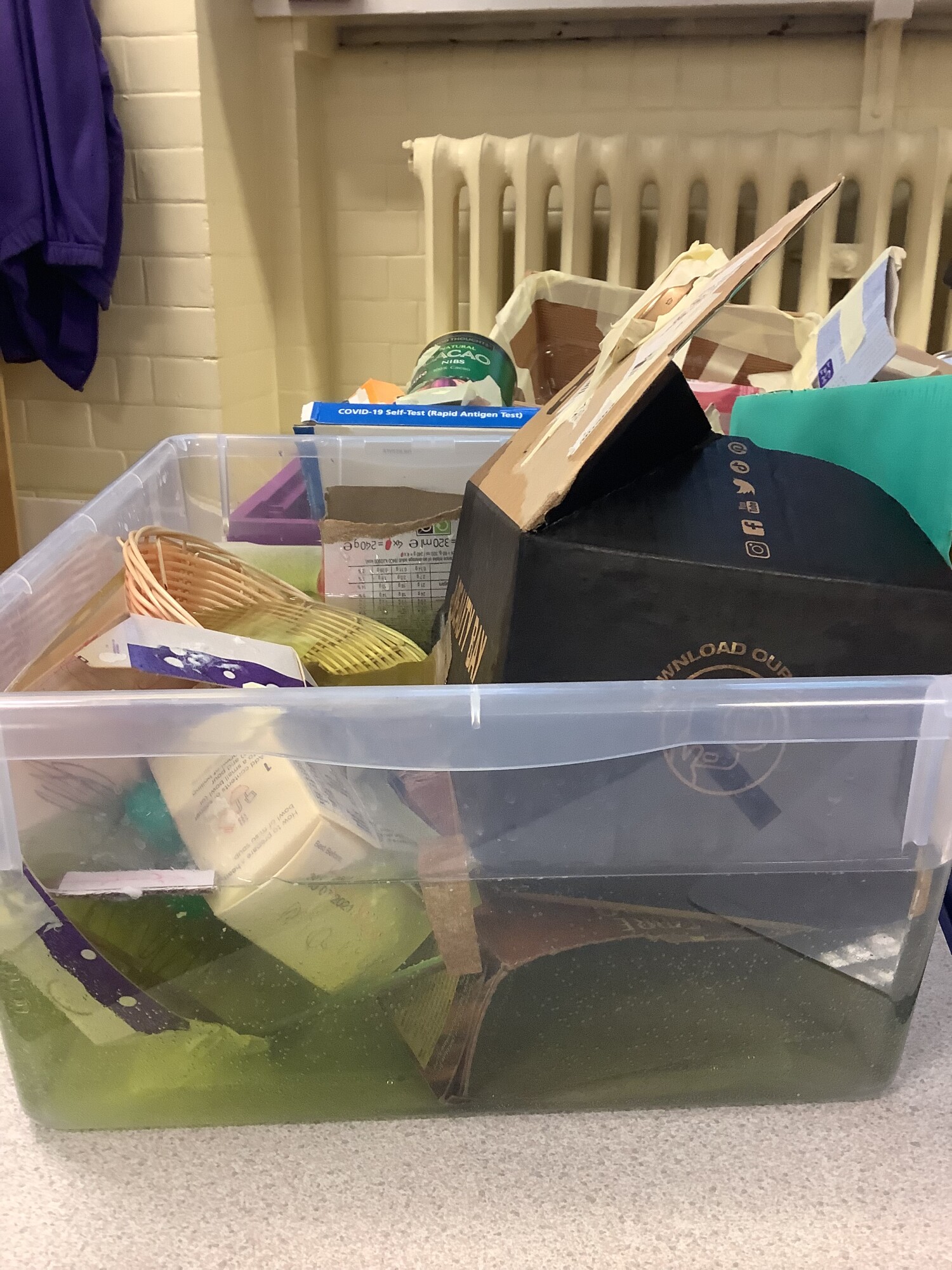 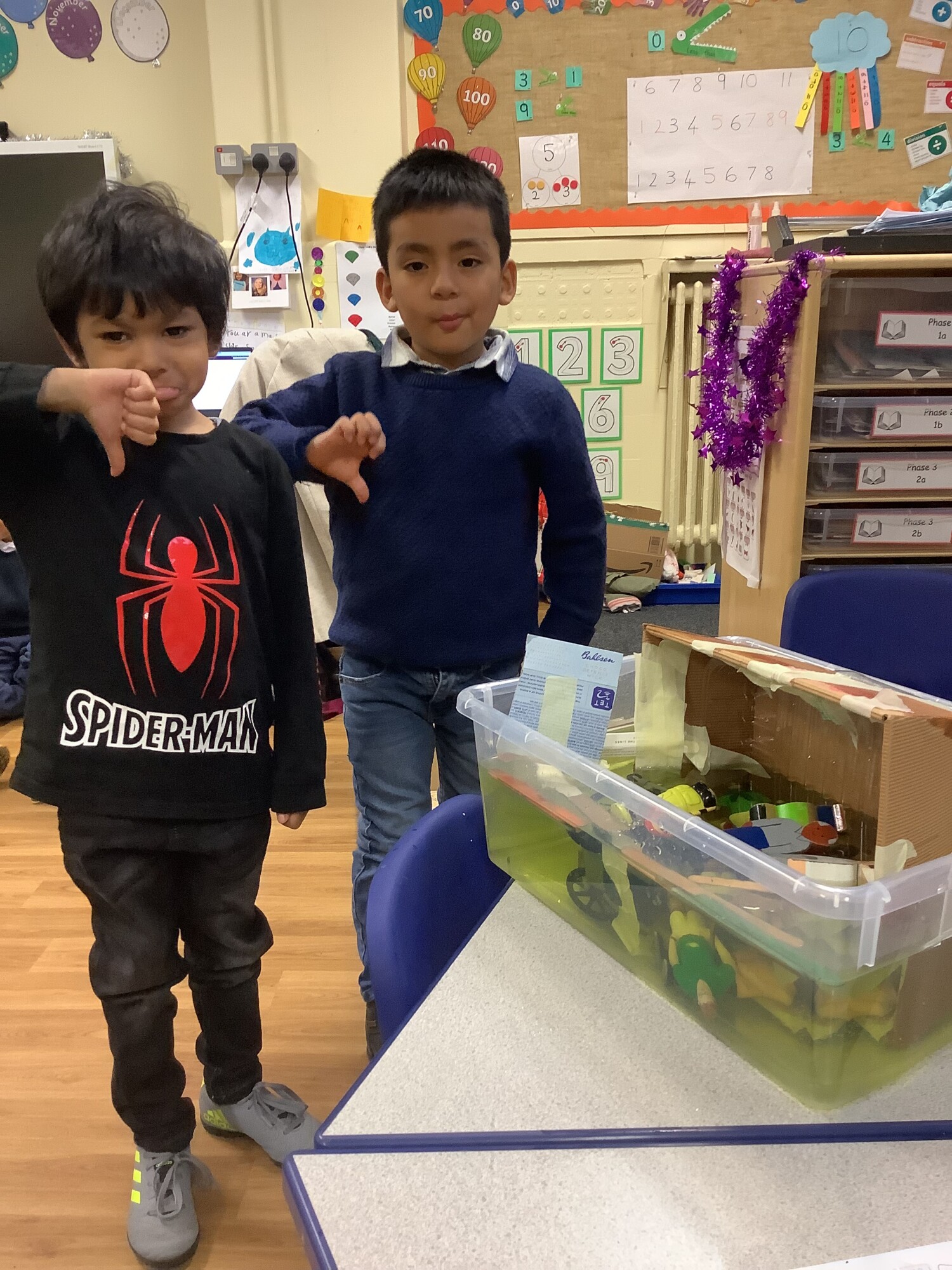 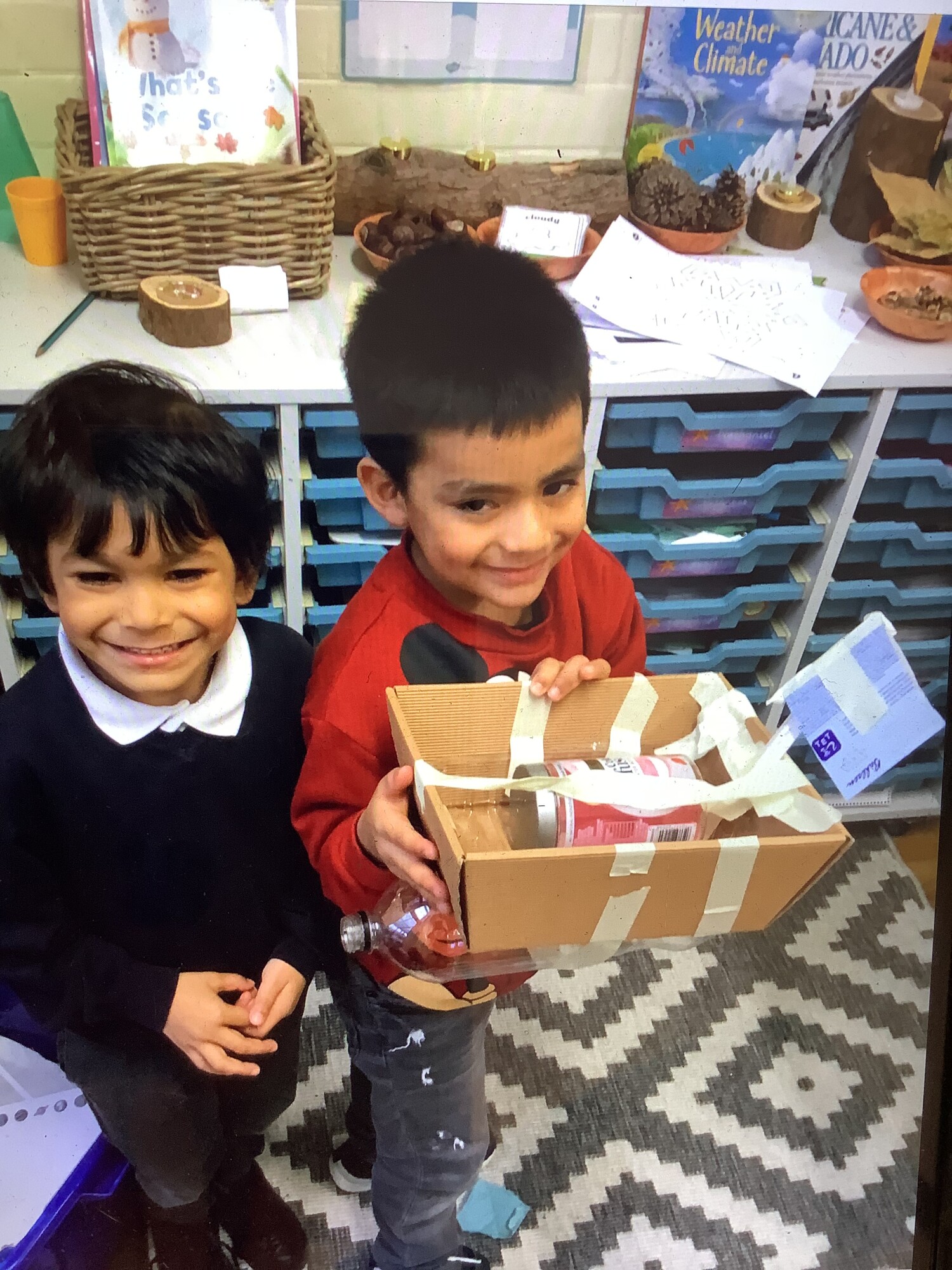 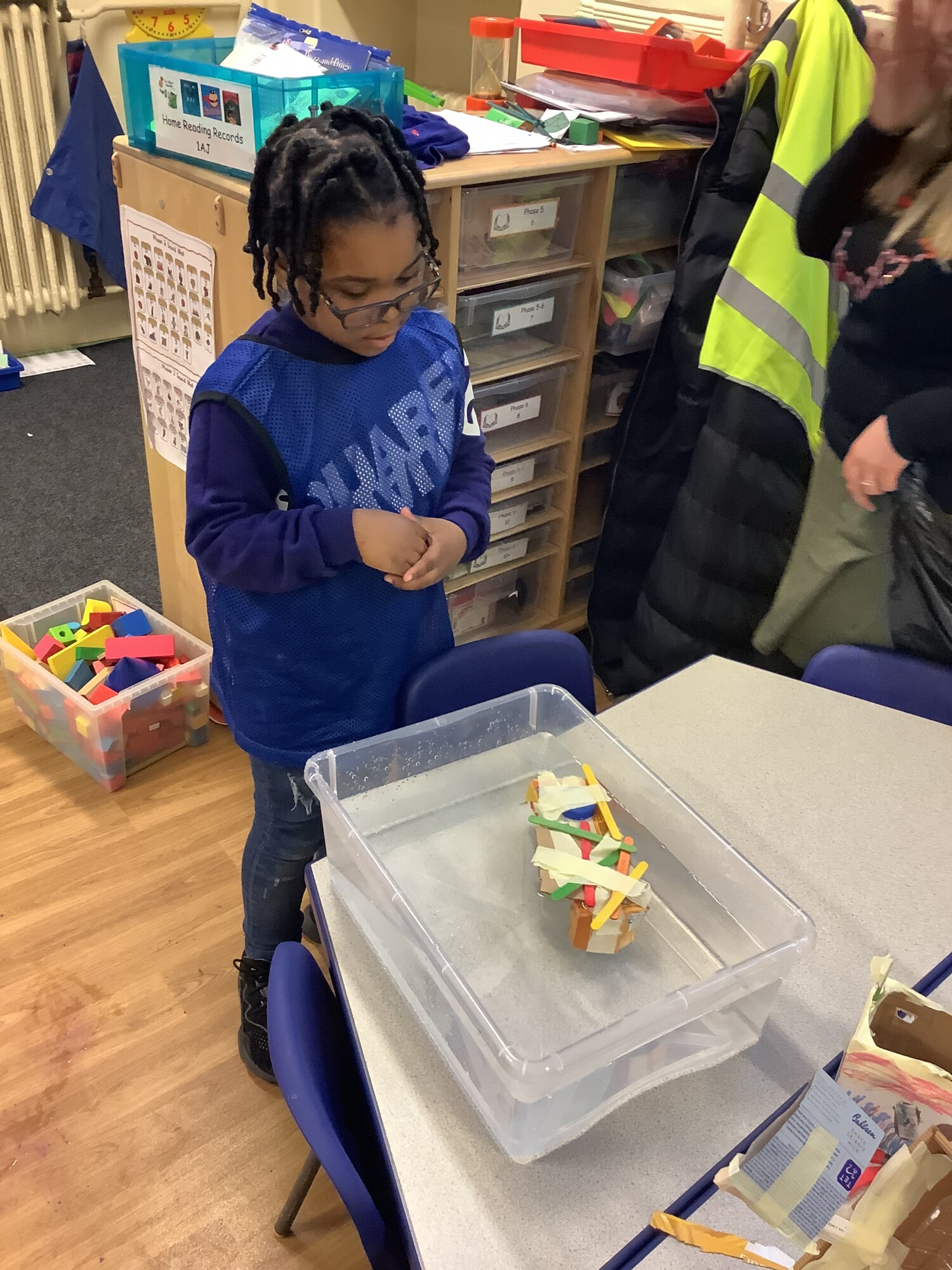 This as you can see was not true so we had a second attempt. This time thinking more carefully about those materials that are waterproof as well as having the ability to float. We also investigated different shapes before making the final pieces.

Have a look at our fantastic boats! They were amazing some children chose to make their boats at home whilst others chose to make them at school. As you can see from the pictures alot of learning had taken place and the children were able to explain their choices well. Well done Year one!

We are now starting to learn about our Polar regions, before we could discuss them we needed to locate them. Below you can see us creating our world map to show each of the 7 continents.

Why are our polar regions so cold? What is special about them?

Here is what the children have to say...

Have you lost a penguin?

At first a penguin appeared in our class. We had a lot of questions and then our teacher said it reminded me of a book she had read before called Lost and Found.

We have spent the last few weeks reading the book, asking questions, finding out about penguins and then this week we wrote our own version of Lost and Found, I think ours were much more creative. We came up with so many imaginative ways to get the penguin home from flying dragons and unicorns to rocket ships and teleportation devices.  Have a sneaky peek below to see our amazing stories!

We're roaming in the rainforest

Our summer term geography topic is the Amazon Rainforest. We have started this topic by trying all of the different foods and fruits that originated from the Amazon and tried to guess where in the world they come from. 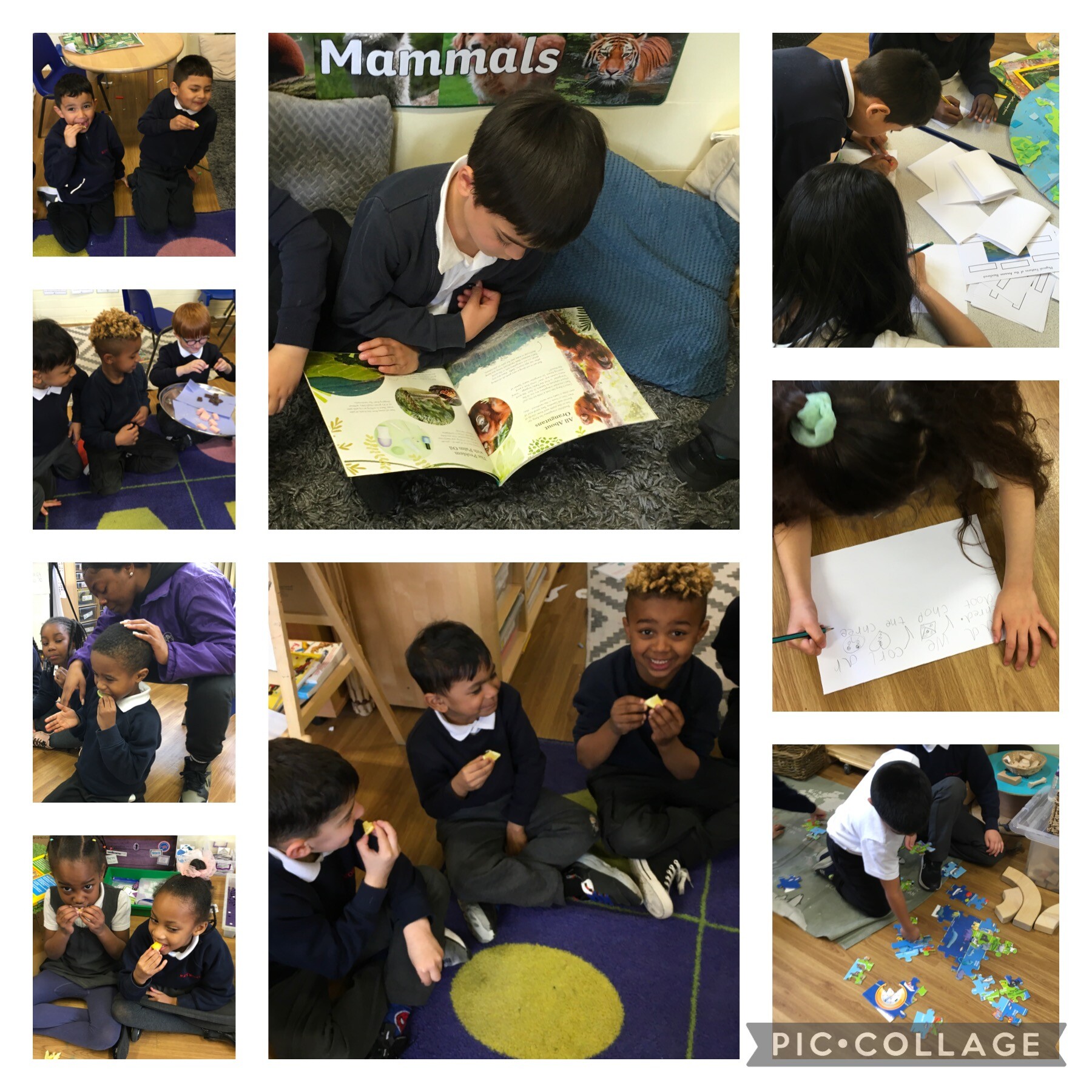 In Science this term we have been exploring plants. We have been able to identify and name all of the different parts of a plant and a tree. We have been creative and made our own labelled pictures of a flower and a tree. Have a look at the amazing outcomes below! 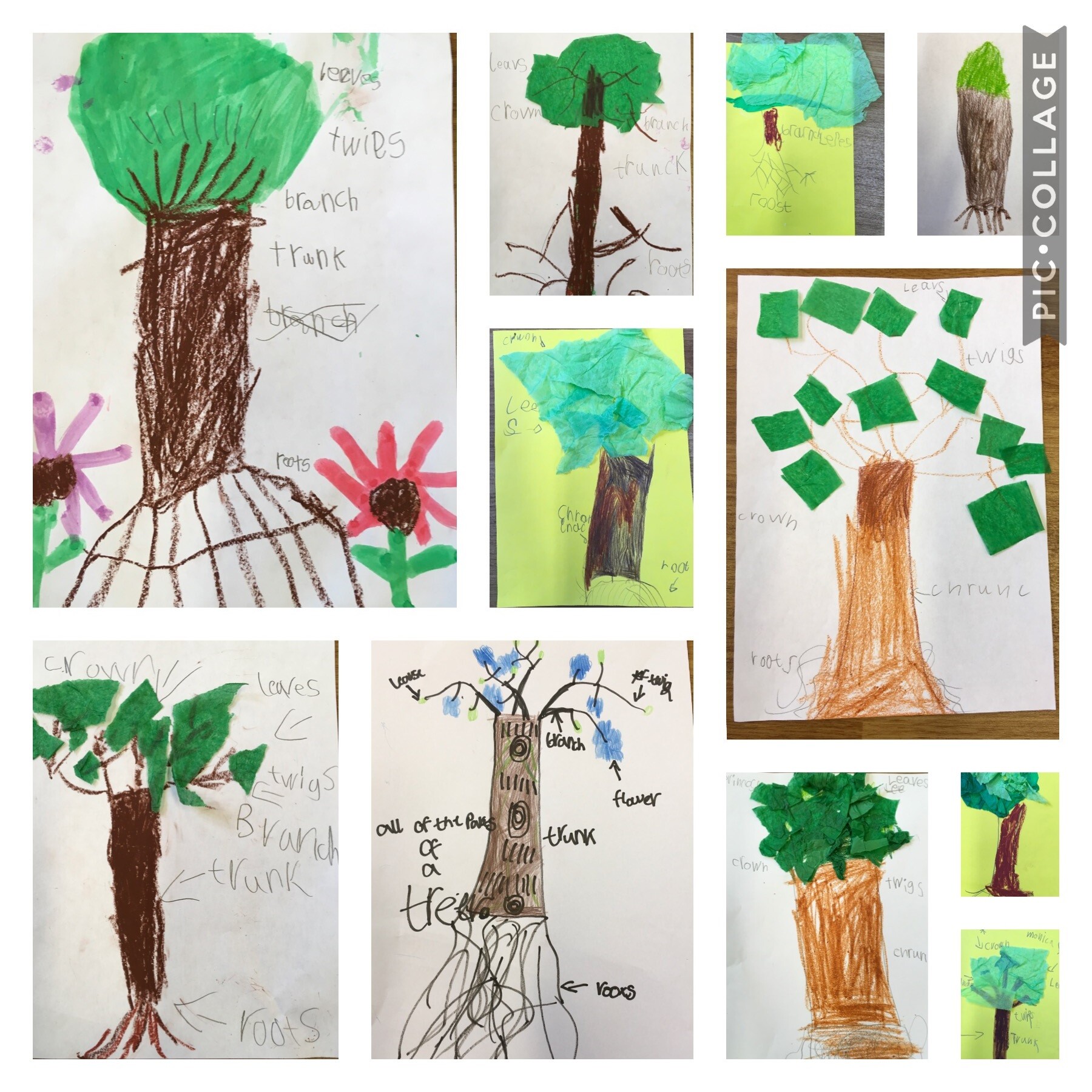 What will happen if...